Commuters in Sydney’s CBD and Eastern Suburbs can look forward to a greener, more reliable commute from next year.

A new fleet of 136 zero emission buses will service the region as part of a new contract awarded by the NSW Government to Transdev John Holland Buses (NSW) to operate Greater Sydney Bus Contract 9 (Region 9) until 2030.

The region includes some of the city’s busiest bus routes, with a patronage of 67 million customer journeys in a typical year.

Transdev Australasia Chief Executive Officer, Luke Agati, said sustainability and keeping people and customers at the heart were critical to securing the contract.

“We are delighted to partner with John Holland to operate Region 9. We will bring our collective know-how to help Transport for NSW continue to set the pace in the transition to zero emissions fleets in Australia and deliver broad benefits to the community,” Mr Agati said.

“We are proud to be joining Transdev and will bring our experience operating customer-focused networks like Sydney Metro, Canberra Metro and Metro Trains Melbourne to make sure customers are the biggest winners out of the transition,” Mr Butcher said.

Transdev John Holland Buses (NSW) Managing Director Rachel Spencer said key workers, including all operational employees, will be offered employment with the company on their current terms and conditions of employment with full recognition of service.

“We are looking forward to meeting the team in Region 9 and coming together to deliver customer focused, safe, reliable and sustainable journeys – carrying on State Transit’s legacy of connecting people and communities in Sydney’s eastern suburbs.

“As an Eastern Beaches local, I’d like to acknowledge State Transit for providing a safe and reliable bus network over many years and thank them for working with us over the next five months to ensure a smooth transition for employees and customers,” Ms Spencer said.

The company will commence contracted services from Sunday 3 April 2022, following a period of transition with State Transit Authority. 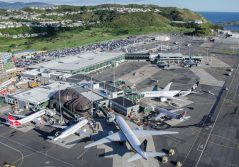 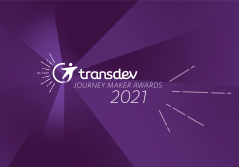